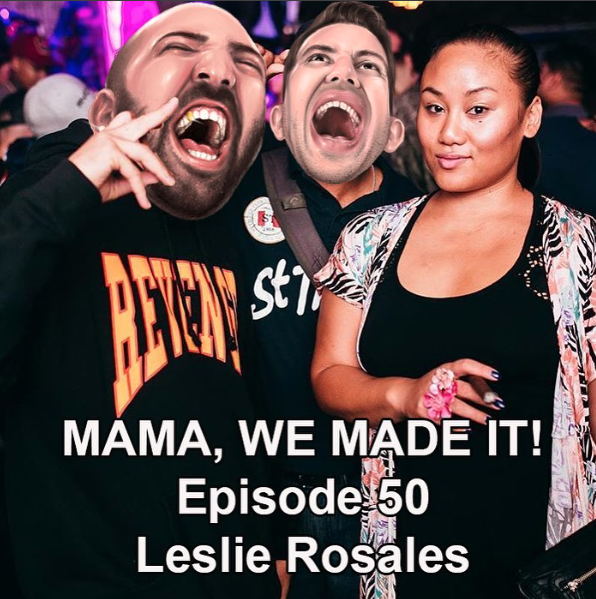 “Stay curious.” Leslie was born in Historic Filipinotown, Los Angeles, but moved to South Central when she was 4 – a place that raised her, became her home, and her community. Leslie was influenced by her mother, who encouraged her to stay active, as Leslie delved into sports, performing arts, and student government throughout her youth. Elected Senior Class President in High School, Leslie was able to use her leadership role to inspire change, and bring people together. “Being a leader is not only being able to captain the ship, but being able to teach everyone how to captain the ship.” Using her influence, Leslie began to host events, and high school parties, which became the foundation of her career. But it’s often after High School where life quickly changes. On one hand, we become more free, and on the other, we become more lost. For Leslie, being lost was what made her who she is today. Struggling to find her direction, she used her leadership qualities, ability to work among a team, and harnessed her entrepreneurial spirit to band together with friends and create what would soon become a “Dynasty”. The next chapter of Leslie’s life would lead her to being a key figure in one of the most innovative and “emaginative” management companies in the music industry, dedicating her life to her career, and wildly succeeding. But there comes a point where you ask yourself “what am I really doing in my career?” In searching for that answer, Leslie was guided towards giving back to her community. She had not only found the answer, but also her purpose. “Giving is what makes my soul happy.” We all have something bigger than us that’s worth searching for. And when you do, you’ll realize that greatness is within reach, so grab it. This is Leslie Rosales. #MamaWeMadeIt