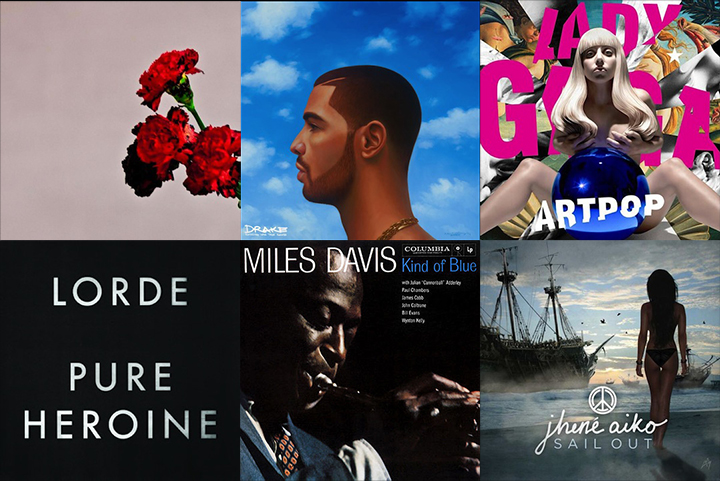 John Legend – Love in the Future

Smooth… I was late on buying this album, but better late than never. It wasn’t until I heard ‘All of Me’ on Grey’s Anatomy that reminded me to check out the latest body of work from John Legend. ‘Who Do We Think We Are’ is a common favorite, in which I have listed as one. This album is what R&B used to be, songs about love. I’m starting to believe in it again.

“My heads under water, but I’m breathing fine.”

Drake – Nothing Was the Same

Still on rotation ever since it’s September release. I like simping Drake… I take that back… I LOVE simping Drake. ‘Own It’ makes me feel like I should be giving someone a lap dance. ‘From Time’ makes me think of the possibilities of moving to Atlanta. ‘Hold On….’ makes me randomly two step naked at 3 in the morning. ‘Pound Cake’, ‘All Me’, and ‘Started..’ validate that I’ve made more good decisions than bad. Solid.

“Who better for you than the boy, huh?”

I’m a fan.. I wouldn’t say a die hard, but I am a genuine and level headed one. So I’ll look past the numbers, and what critics think about what went wrong. Gaga is talented, no f*ckin’ doubt about it. I’ve witness it when I used to work with her team a few years back. You could take away the wardrobe, make up & wigs, but the talents inside her will still spew. I would like ‘Do What U Want’ a lot more if Roberto wasn’t on it. ‘Applause’ was okay, it wasn’t a great lead single however it got national love by KIA (you know, the commercial with the dancing hamsters).  ‘Dope’ is weird, and I like it. My favorite track is ‘Gypsy’. Hopefully, she’ll come out with an acoustic album with just her and a piano…. That would be great.

“I don’t wanna be alone forever, maybe we can see the world together.”

She’s the merge of Pop & Electro with Hip-Hop/Bass heavy beats. I DIG HER!! She’s like the uncool kid, who secretly is cool… Reminds me of a young Esthero, calling out all the bullshit in society. I didn’t think I could ride to a 16/17-year-old artist, and definitely not a full album by one. I’m not saying I relate to her 100%, but I can appreciate what she’s singing about. The production on this album makes you feel like you’re on drugs, without actually being on drugs… That I appreciate as well, lol. Is that why she named her album ‘Pure Heroine’? If so, it makes sense. My faves are tracks 1 – 10! I hope she’s at Coachella next year.

“Don’t you think that it’s boring how people talk…”

Oldie but goodie. Nas gave me this album last month, and I’ve kept it in the CD player in my car.  Sometimes you just need to listen to music… Pure music… No voices, just instruments. Jazz can be interpreted in so many ways. Let it play and think about how you feel and whats going on in your life at that moment. Make up your own lyrics. If you do this, you can listen to one track on repeat and it would sound different every single time.

‘Stay Ready’ is played over 4 times a day. ‘The Worst’, over 3 times a day. Her production gives me high, similar to ‘Pure Heroine’, too. Tracks 1 – 6 were produced by Fisticuffs Music of Emagen Entertainment Group [shameless plug]. Jhene’s voice has been compared to a whisper. That made me laugh the first time I heard someone say that. I can see/hear it, but it’s a whisper we haven’t heard before that a lot of us like! I like her pen work, I feel like she’s singing about my life!!